NOTICE regarding UNAUTHORIZED sale/manufacture of Ronco Ready Grills and/or copies or imitations thereof:

A. With the termination of the VGRILL to Ronco License Agreement, there are presently no licenses granted to any of the above-referenced patents or pending patent applications. Please take notice that anyone making, using, selling, importing, exporting, commercializing, having made or advertising for sale the Ronco Ready Grill, any patented parts thereof, other products previously licensed under the Agreement, and/or infringing alternatives thereto are doing so without authorization.

B. Ronco was the exclusive licensee of the VGRILL patents under the now-terminated License. Though Ronco had certain contingent sub-licensing rights within territorial limits subject to compliance subject to the terms and conditions of the License Agreement, those sublicensing rights were subject to written consent by VGRILL which Ronco never sought or obtained and which VGRILL never granted. Therefore, any manufacturing, distribution or sales of licensed products under the ostensible and/or purported sub-license from Ronco to another company or entity was at all times not permitted. Ronco’s failure to get VGRILL’s consent to sub-license is just one of many breaches by Ronco that VGRILL has pursued in JAMS Arbitration Ref#1220056581 in addition to Ronco’s failure to pay Vgrill the royalties due under the License Agreement of $6.3 Million.

C. Ronco filed for Chapter 7 Bankruptcy owing multiple creditors. Upon VGRILL’S Motion for Relief, the Ronco License Agreement was terminated on February 25th, 2019 by Order of the United States Bankruptcy Court for the Western District of Texas, Austin Division. 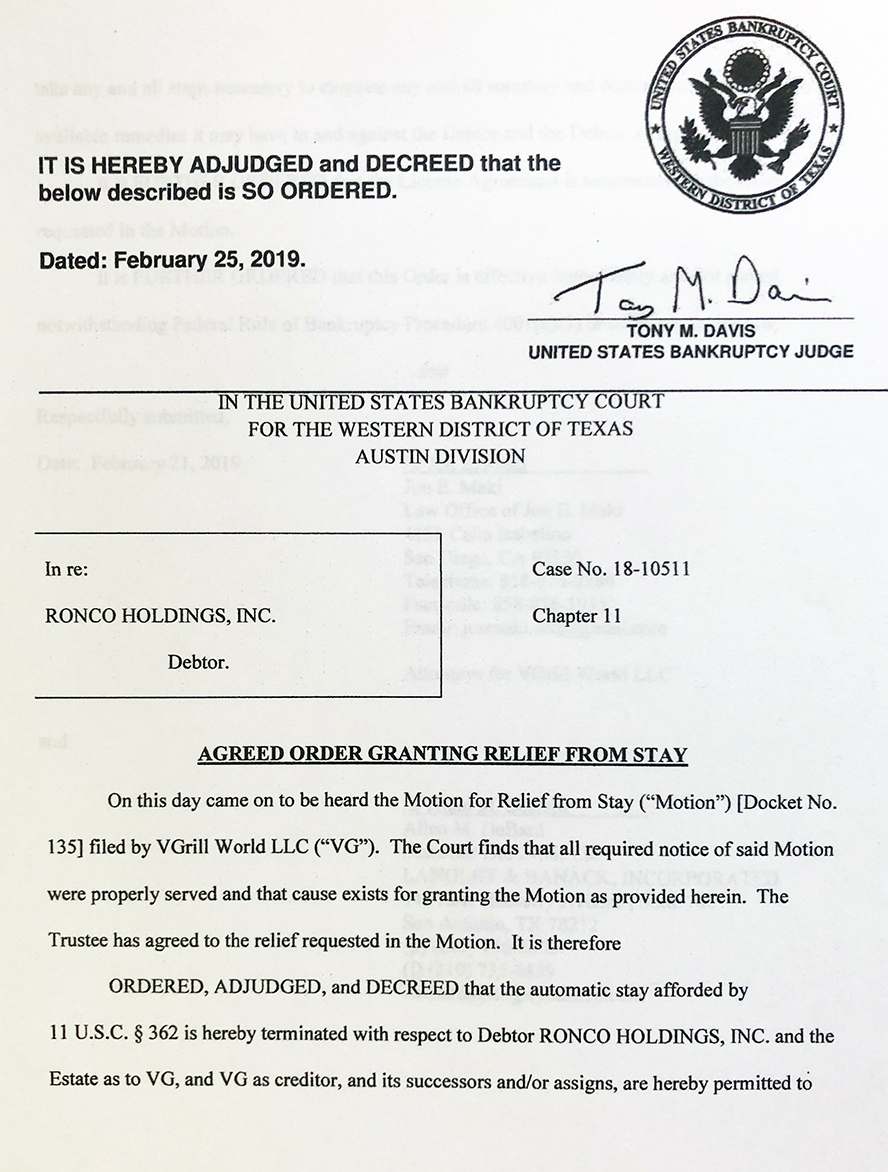 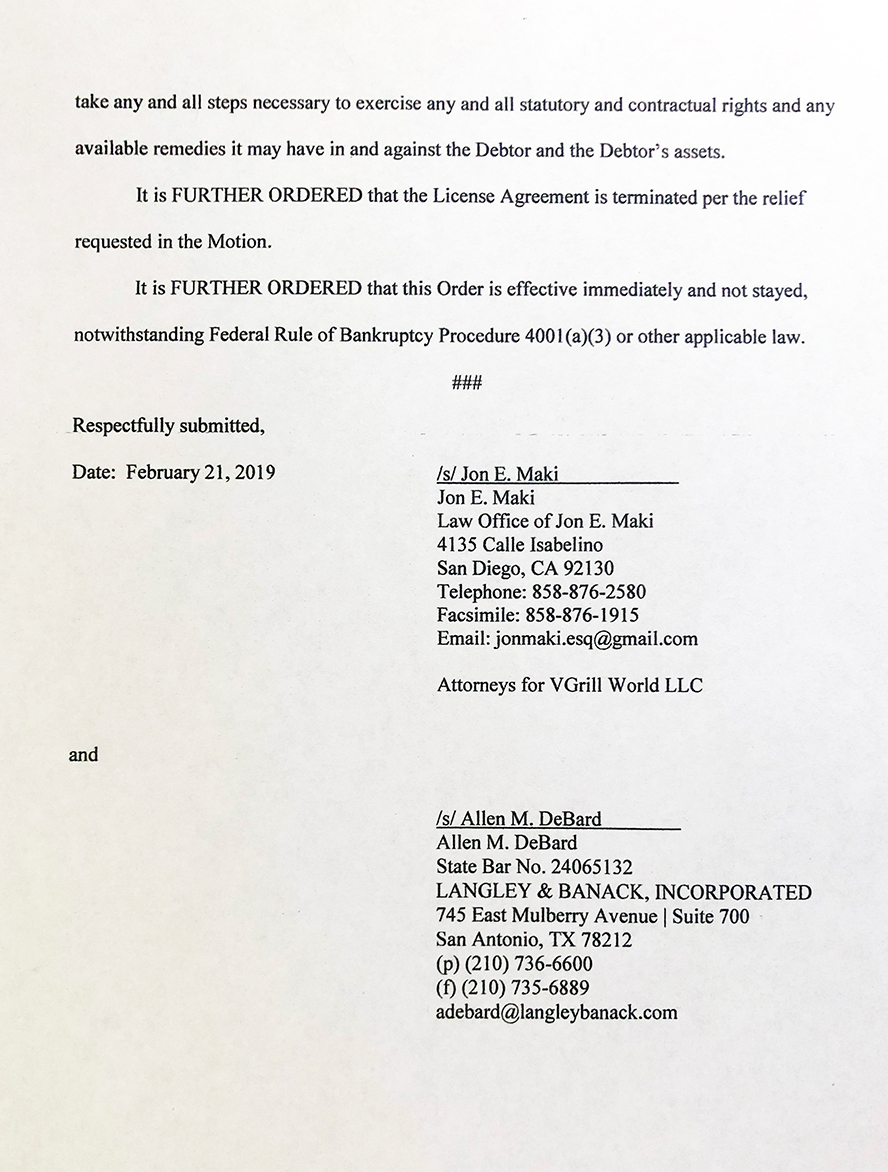 This notice is not intended to be a complete recitation of the facts or claims concerning the VGRILL to Ronco License Agreement, disputes related thereto, or termination thereof. VGRILL reserves all of its rights to pursue any and all claims now and in the future against any person or entity manufacturing, using, selling, importing, exporting, commercializing, distributing, or advertising, in the past, present or future of covered products and derivative products thereof without VGRILL’s authorization.

As the owner of the entire right, title and interest in the above referenced patents and patent applications, VGRILL is open to discussing possible licensing arrangements for any products, parts or technology which are covered by the patents.